For many of us, the past year and a half has required a great deal of patience and faith. We’ve watched a virus unexpectedly halt the entire world. We’ve seen celebrations put on hold, some postponed indefinitely and eventually canceled. Maybe our boss hit pause on that promotion he’d been training us toward, or the unstable economy delayed our long-held goal of homeownership.

Unless we guard against this, our temporary setbacks can lead to discouragement or foolish actions. We might be tempted to disengage or to force our own way. However, once we see God’s heart and hand in our times of waiting, our hope is renewed. He helps us shift our focus off the obstacles ahead and onto the good God wants to bring about through them.

God truly does want to use all things, including our seemingly dormant periods, for good (Romans 8:28-30).

Here are 5 ways God can work beautiful blessings from our fallow seasons: 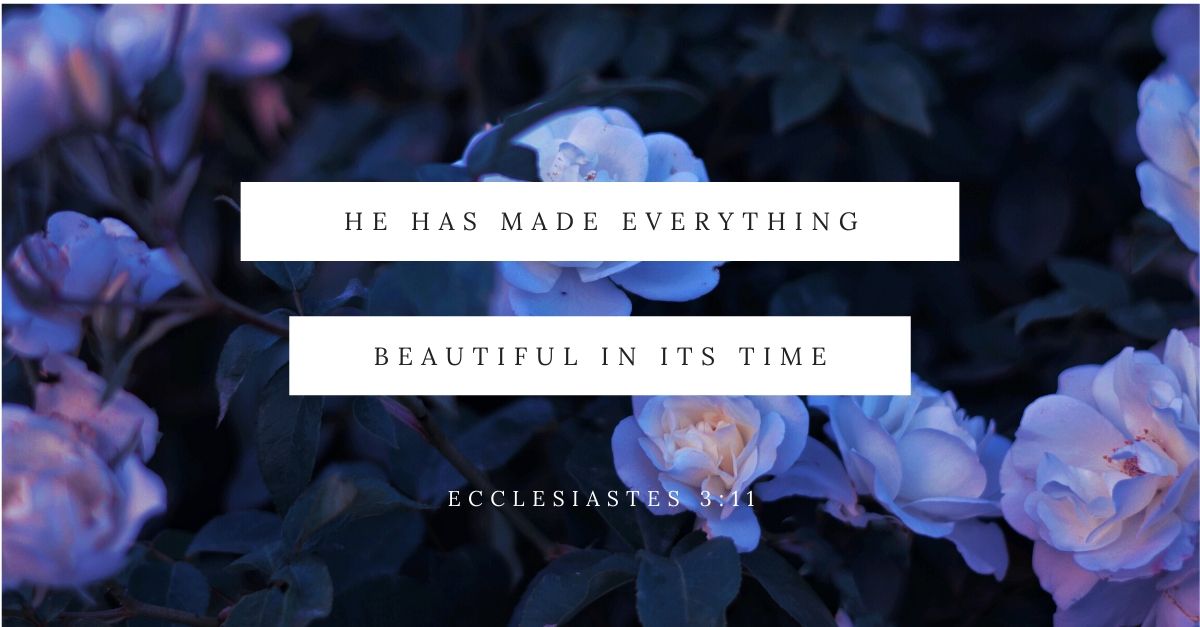 1. To Reveal Our Doubts.

Consider Martha’s response, after her brother’s death. You can read the full account in John 11, but to paraphrase, when her brother became sick, she and her sister sent word to Jesus, probably expecting Him to stop whatever He was doing and come immediately. But He didn’t.

Instead, Scripture tells us He remained where He was for two more days until Lazarus had already passed. Once He did arrive, Martha said, “Lord, if You had been here, my brother would not have died.” In other words, “Where were You?”

The situation seemed beyond hope.

I probably would’ve responded the same, only with much more anger. Her words demonstrate that she knew of Christ’s power. Scripture also indicates that Jesus had a deep relationship with this family. Martha had likely heard of and witnessed many of His miracles. I imagine she prayed with fervor and in faith as her brother’s sickness progressed. Surely, the Lord would come quickly.

But notice what the Bible says: “Now Jesus loved Martha and her sister and Lazarus. So when He heard that Lazarus was sick, He stayed where He was two more days” (John 11:6, NIV). That simple word “so” or “therefore,” in other translations reveals a cause and effect relationship. We could also phrase this as, “Because Jesus loved Martha and her siblings, He delayed.”

And in John 11:14-15, we see why. After telling His disciples clearly that Lazarus was dead, He added, “And for your sakes, I’m glad I wasn’t there, for now you will really believe.”

Now you will really believe.

Obviously, His disciples had believed prior—that Christ was a powerful man of God. They’d watched Him heal the blind, the leper, and set the demon-possessed free. But somewhere deep within their souls, and within Martha’s as well, doubt lingered. Their time of waiting, in essence, revealed a crack in their faith, a crack God later mortared with truth when Jesus raised Lazarus from the dead.

God will often do the same with us. He will bring us to a place where all those questions we’ve been too timid to ask are squeezed to the surface so that He can lovingly and faithfully provide the answers we need.

When my journey feels daunting and my destination out of reach, I reflect on God’s faithfulness to an ancient Mesopotamian couple named Abraham and Sarah. God called them from their homeland, from all they knew, and planted within them a dream they never would’ve formed on their own—He would create a nation from their barrenness.

As hard as this was to believe, Scripture tells us they responded in faith and immediately set out, perhaps in almost giddy anticipation of all that was to come. But then time dragged on. Their energy decreased, their bodies aged well beyond child-bearing years, and God’s promise remained unfulfilled.

Had He changed His mind? He couldn’t possibly bring fruit from Sarah’s fruitless womb. The idea seemed so preposterous, Scripture says she laughed. And yet, in His perfect timing, God did precisely as He’d said. A year after her incredulous guffaw, she gave birth to a son known, for generations, as the child of promise. Through this, God built upon the faith He had planted when He first bid Abraham and his wife, in essence, “Come.”

3. To Deepen Our Reliance on Him.

During my daughter’s teen years, she went through a spiritually difficult period. I worried that she was rejecting the core truths we’d taught her and that she might ultimately reject her faith. I didn’t realize her behavior—her irritability during family devotions and tense body language during worship service or prayer—came from deep hurts she’d experienced in the church.

Initially, in my fear, I pestered and nagged her to become more engaged spiritually, but this only seemed to push her further away. Then, one afternoon, I sensed God saying to me, “Wait.” And so I did, but while I waited, I prayed—a lot! For God to soften her heart and to reveal her heart to me. I also prayed for opportunities to speak the right words at the right time, doing my best to remain alert to His guidance and wisdom.

God answered my prayers a year and a half later, in such a beautiful way, and I’m happy to say, my daughter now demonstrates a strong, active, and public faith. I’m grateful for all the ways He’s protected and cared for her over the years. But I’m also thankful for that painful and frightening period because it helped me rely on Him more fully as a mom and a woman. That in turn blessed my relationship with Him and others and has greatly increased my peace. 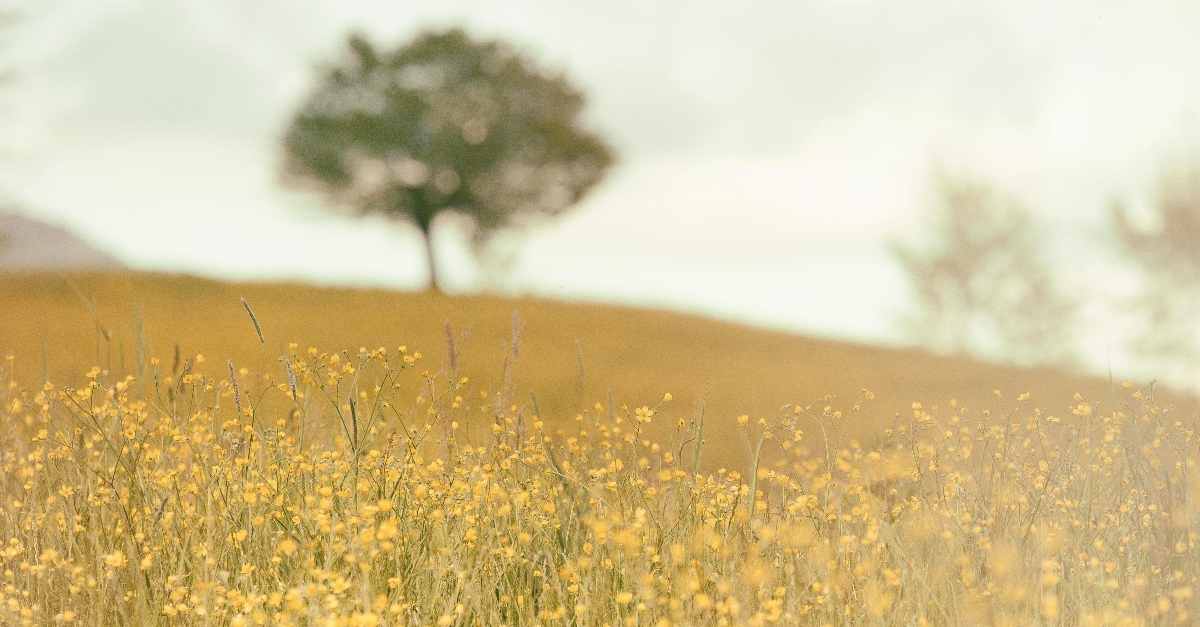 4. To Shift Our Priorities.

Have you ever prayed for something, diligently and persistently, for years, only to later thank God for not giving you what you asked for? Maybe you were going through a difficult period at work, hoping for a promotion, only to accept another, better job later. Or maybe you hoped a relationship would move to the next level, only to discover some significant character flaws that, had you married the person, would’ve led to considerable pain.

In my early twenties, I enrolled in college classes, hoping to earn a teaching degree. My journey was drastically delayed by the birth of our daughter, time spent homeschooling, and numerous moves that inevitably involved waiting for residency status then retaking classes that, apparently, varied just enough to disqualify previous courses I’d completed. I often felt frustrated with my slow progress. But God was using each step and setback to shift my priorities and mold my heart—to reveal then sharpen my call.

In many ways, as a ministry leader and writer, I’m still a teacher, but my outlook and goals have changed dramatically since my young adult years. Back then, I primarily focused on earning a steady paycheck. Christ was merely an add-on to my day, not the driving force behind it. Now, however, my greatest aim is to honor and serve Him, placing my ultimate trust in Him, not my paycheck or savings account.

5. To Grow Our Character.

When I first accepted God’s call to write, I thought for sure He’d open wide the doors of opportunity. That was not what occurred. My journey to publication was long, frustrating, many times discouraging, and often confusing. Through each setback and extended detour, however, God revealed areas of weakness within me. My difficulty in receiving constructive feedback. My short-term perspective. My pride that told me I was ready for whatever God had planned.

God used every challenging critique, editor’s rejection, and extended pause to purge all those things within me that marred His image while growing all that was good and right and true. He’s still refining my soul, but praise Him, I’ve come a long way since those early years. I don’t think I would be the person I am now if not for the lengthened journey. I think I would’ve learned to rely on myself rather than my loving, transforming Savior. As a result, I would’ve drastically stunted my growth.

Thanks to God’s sovereignty and grace, that’s not my story. He’s brought so much good from each obstacle and redirection, I can look back on all I’ve encountered and endured with gratitude and peace, knowing He truly does want what’s best for me. This is true for you as well, and He has the power and wisdom to bring His will to pass. Therefore, we can trust Him in our waiting, knowing God will use each moment for our good and His glory.

Jennifer Slattery is a writer and speaker who hosts the Faith Over Fear podcast. She’s addressed women’s groups, Bible studies, and writers across the nation. She’s the author of Building a Family and numerous other titles and maintains a devotional blog at JenniferSlatteryLivesOutLoud.com.

As the founder of Wholly Loved Ministries, she’s passionate about helping women experience Christ’s freedom in all areas of their lives. Visit her online to learn more about her speaking or to book her for your next women’s event  and sign up for her free quarterly newsletter HERE  and make sure to connect with her on Facebook and Instagram.

Want more interaction with the women of iBelieve? Join our fans, writers, and editors at the iBelieve Facebook group, Together in Faith, for more videos, stories, testimonies, prayers and more. Visit here to join the community!

This content first appeared on iBelieve.com and is used here with permission. To view the original visit: https://www.ibelieve.com/health-beauty/ways-god-brings-beautiful-blessings-from-our-waiting.html

When I kept silent about my sin, my body wasted away through my groaning all day long (Ps. 32:3). Instead of dread, I can now face the Powerful Judge with peace.